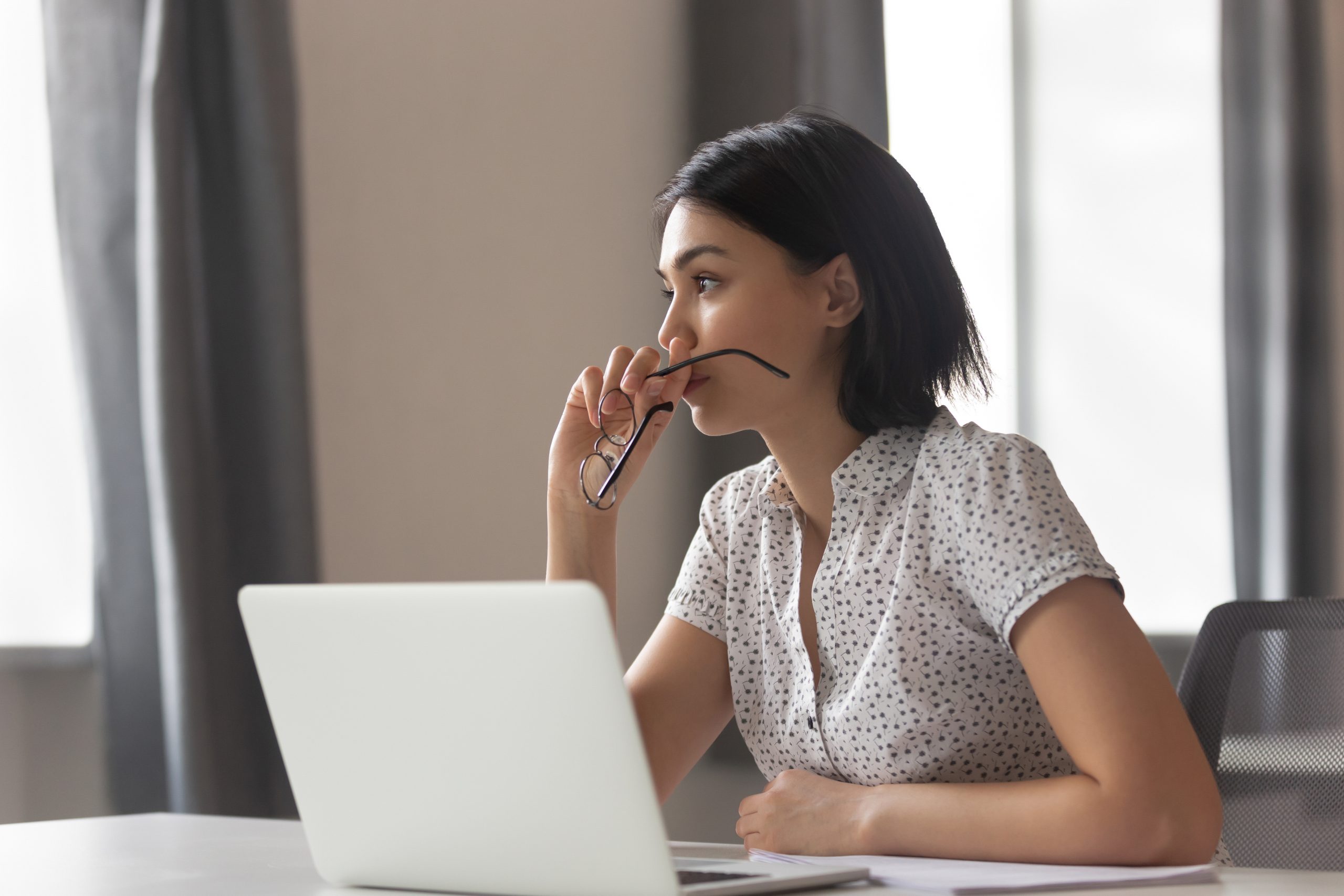 Leadership and decision making are synonymous. It’s what leaders do—and as organizations grow, the decisions become more complex and have more serious implications. When leaders are not making decisions themselves, they are empowering others to make decisions or are overseeing the implementation of a decision previously made. When a leader realizes he has made a bad decision, he takes ownership of the mistake and ensures that the damage is repaired as quickly as possible.

Good leaders know that the best decisions are typically made after all available information relevant to the issue at hand has been gathered and thoroughly analyzed. In times of uncertainty, there may be a temptation to wait for more information before making a decision—but in those times waiting too long to decide can be a decision in itself. Our current context, as the world and our country strugg;e to understand what will be the lasting impact of the coronavirus pandemic, is one of those times—as identified by Imagine Canada’s Sector Monitor report published last month. Among 1,458 charity leaders surveyed (69% of whom report a decrease in revenue since the onset of the pandemic) the outlook for the future is generally pessimistic. Just under half expect their situation to be worse in three to six months, while only about one in thirteen believe it will be better. As the report says, “The uncertain nature of the pandemic is clearly reflected in the fact that nearly a fifth are unable to say what the future holds for their finances.”

In such an environment of unpredictability, apprehension, and even pessimism, nonprofit leaders across Canada are making crucial decisions about program offerings, fundraising and marketing strategies, and human resource requirements that will have long-term effects on the health and viability of their organizations. To make good decisions in these uncertain times, leaders can follow these three principles:

It would be unusual today to discover a nonprofit organization that does not have a mission statement which purports to describe its reason for existence, but often these statements are written in such fuzzy, aspirational language that it’s unclear exactly what the organization ought to be doing with its resources. Uncertain times can serve as a catalyst to expose this confusion or prompt a return to the organization’s core purpose, as it can no longer afford to do everything that might be appealing. I found myself in such a place at the beginning of 2015 in my first year as executive director of International Justice Mission Canada. Our mission was clear: To protect the poor from violence throughout the developing world. We had ended the previous year with an 18% shortfall on annual revenue target and it was clear to all that adjustments would need to be made to program plans for the coming year. Various options would have enabled us to achieve the necessary cost savings but one stood out: A program that had been launched the previous year with a vision of encouraging other charities and individuals to adopt our mission as one of their organizational or personal priorities. We were a service-delivery agency, not an educational agency, but it took the clear-eyed thinking brought about by financial limitations to enable us to acknowledge that this well-meaning initiative was ancillary to our core purpose. Closing down this program was painful because it meant saying goodbye to a dearly-loved employee who had been tasked with leading the initiative, but it was the right decision.

“Done right, an essential intent is one decision that settles one thousand later decisions.”

In his 2014 book Essentialism, Greg McKeown describes this idea of core purpose as a team’s “essential intent”. It is the answer to the question, “If we could be truly excellent at only one thing, what would it be?” “Done right, an essential intent is one decision that settles one thousand later decisions… One strategic choice eliminates a universe of other options… Once the big decision is made, all subsequent decisions come into better focus.” I recently engaged in a conversation with an executive leader who wanted advice from me on four different issues. All were complicated by a lack of clarity and consensus around his organization’s essential intent. At this point in time, the best course of action for him is to acknowledge the confusion and work to find interim solutions with the least costly and lowest number of trade-offs between the competing purposes. The peak organizational impact that good leaders pursue may have to wait until he has been able to help his organization to identify what is meant to be its single highest point of contribution.

It may seem counterintuitive and contradictory to suggest that leaders ought to take their time when events are moving as fast and with such unpredictability as they are right now, but it is essential that leaders take control of their mind and emotions when directing a decision making process. As Andrea Alexander, Aaron De Smet and Leigh Weiss write in their article for McKinsey and Company, “Decision making in uncertain times“, “In a crisis atmosphere, it is tempting to jump from one urgent task to the next, to take charge of what’s right in front of you—to just execute. Yet this can be a tragic mistake.” By deliberately pausing, even for a few minutes—for example, stepping away from a Zoom meeting to refill a coffee cup—we create space to allow our brain to focus on the most relevant information.

Pausing before decision making gives time for intuition to surface and provides its commentary on the rational considerations at hand.

Successful leaders have learned how to manage themselves and their environment while making decisions so that, more often than not, their decisions prove to be beneficial for their organizations. For me, while I was serving in an executive leadership role, many decisions were confirmed during a long run or on a hiking trail, where I would turn the options over and over in my mind until something clicked into place. I learned to defer giving final assent to a crucial decision until I had time to take it for a run. Pausing before decision making gives time for intuition to surface and provide its commentary on the rational considerations at hand. As I’ve written elsewhere, wisdom is the partnership between reason and intuition. And as Alexander et al point out, it is also wise to take the time to ask yourself and your team these questions: “What is most important right now? What might we be missing? How might things unfold from here, and what could we influence now that could pay off later?”

At IJM Canada, as we prepared the budget for 2015 in the fourth quarter of 2014, we knew that it was highly likely that we would end the year with a financial shortfall. In a finance committee meeting where we were discussing the draft budget for the coming year, the chair of the committee asked me if I had a prepared a contingency plan to reduce the headcount and save on salaries and benefits. I replied that I had some thoughts on the matter, but wasn’t prepared to implement them until the beginning of the year. He challenged me to move more quickly, saying “Good leaders aren’t afraid to make difficult decisions.” I resisted, saying that I still needed to build consensus within the senior management team around the plan, and moreover I believed that the timing of the announcement (i.e., after the Christmas break) would strongly affect the staff’s ability to accept it. The decision to close the education program wasn’t announced until both conditions were met, and by and large the team was able to rally around it.

In a season of uncertainty, leaders may feel the urge to consolidate decision-making authority and limit information, “with a small team making the big decisions while huddled behind closed doors” (Alexander et al). But, if anything, this is a time for leaders to reject a hierarchical model and “instead involve many more stakeholders and encourage different views and debate. This approach can lead to smarter decisions without sacrificing speed”—and will enhance the sense of psychological safety for team members who are anxious about how the future will unfold for them within the organization. Alexander et al say, “Especially when things are unfamiliar and the decisions you are considering are bold, you need many points of view to make sure the decision makers aren’t missing something.” As middle managers and junior staff members are invited into the ad hoc decision-making circle, it’s important for leaders to clarify the decisions to be made, who holds decision rights, and who will have a voice but not a vote. Alfred Sloan, former president and general manager of General Motors, said, “Group decisions do not always come easy. There is a strong temptation for the leading officers to make decisions themselves without the sometimes onerous process of discussion.” An uncertain time is no time for shortcuts in decision making.

No leader would opt for uncertainty over predictability if she had a choice, but it is in environments like our current one that great leaders are formed. These three principles can help leaders make good decisions in a timely fashion to guide their organizations through uncharted waters to the calmer conditions of post-pandemic, post-economic recovery Canada. Embrace these principles (and words of advice from others who have led through troubled times) and continue to learn as you go.