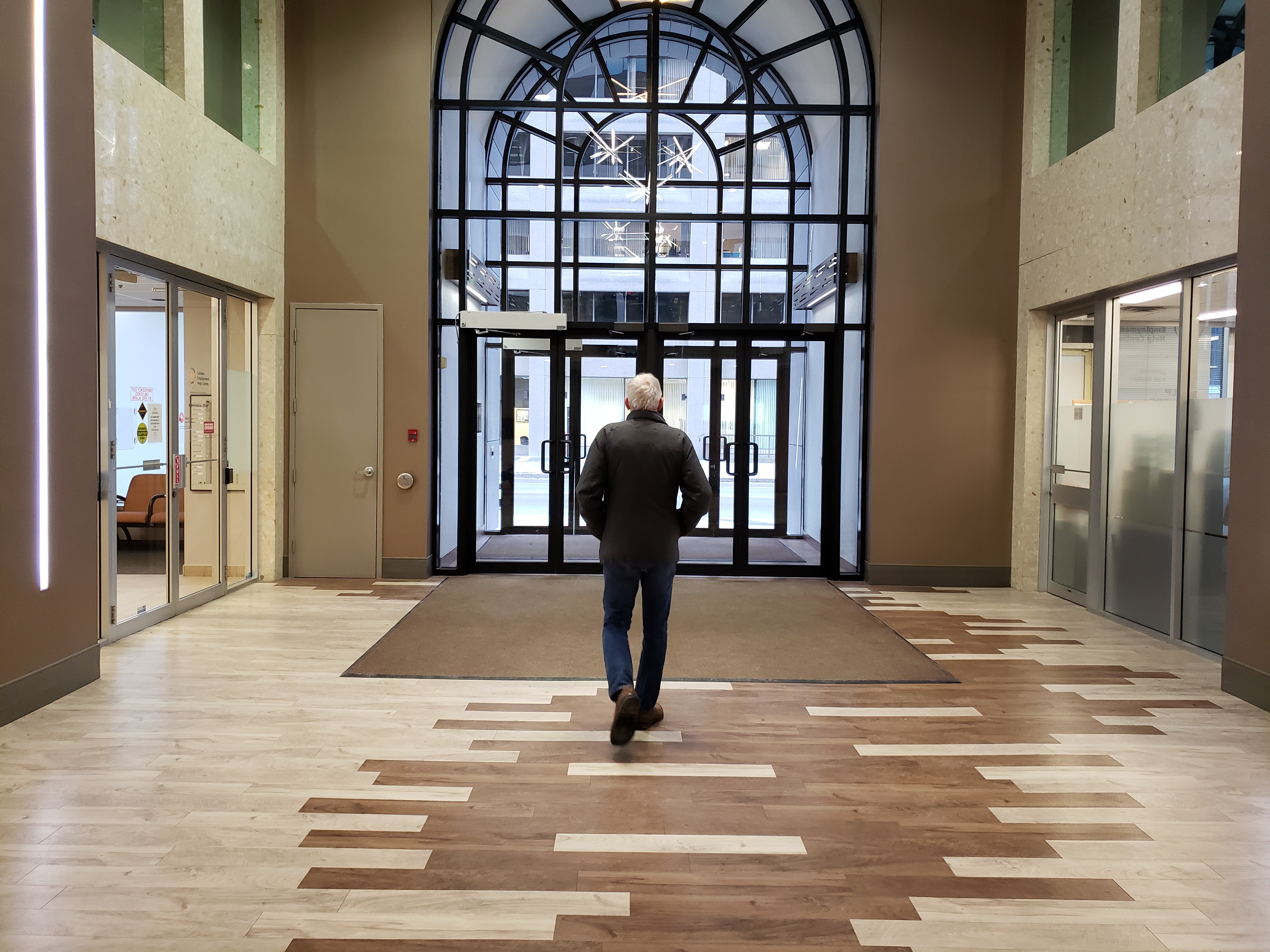 Last week, I walked away from the London head office of International Justice Mission Canada as the former executive director of the organization. My 12.5-year relationship with the organization ended on December 31, and I dropped by the office on January 2 to return my company laptop and say good-bye to my former colleagues. It’s over a year since I reached agreement with the Board of Directors that I would transition out at the end of 2018, so this was simply the last step in a year-long process of saying good-bye.

The previous month, in fact, had served as a slow denouement to the end that came on the 31st. My days were spent writing briefing notes for my successor, cleaning out my filing cabinet, preparing my email Inbox for archiving. I led my final staff retreat, conducted my final leadership team meeting, attended my final Board meeting. Though everyone continued to offer me the deference due my title, I felt like something of an Ichabod: “the glory has departed.”

Goodness knows I did not lack for demonstrations of affection in the last month. Memories were shared, handshakes and embraces were exchanged, tears were shed, hopes and fears were articulated. By far and away the highlight of the month was the farewell party the staff arranged for me on December 4. I collaborated with them on the guest list, and everyone in the room had contributed in some way to my success and survival as a leader. After all, as I said that night, “It takes a village to raise a leader”—and so we invited the individuals who provided references when I applied for the executive director position five years ago, my spiritual director, my leadership coach, and so on. But my greatest delight was to be able to spend the evening in unguarded fun and unabashed joy in the company of the employees of IJM Canada, the 20 or so women and men who had joined me in pursuit of a vision of making the world a safer place for the poor.

Almost everyone will reach the point sooner or later where they need to walk away from a place of employment, except for the few farmers who “die with their boots on”. Endings are often much more sudden and unpleasant than mine was, as positions are eliminated, companies close their doors or business relationships turn ugly. Notwithstanding that I wasn’t completely in charge of the timing of my departure (and therefore was not able to see all my plans for the organization fulfilled), my last year with IJM Canada was largely peaceful and enjoyable. There were days of grieving, yes, and times where I felt disappointment over how the employment relationship ended, but I decided early in the transition that I wanted to do everything in my power to end well. A similar desire was expressed by the Board of Directors, with the result that an ending that could have been bitter and resentful was warm and affirming.

There are three choices I made in leaving IJM Canada that helped me walk away as a free person, and which I recommend to anyone who is leaving a job. Circumstances may make the implementation of these choices more difficult in some situations than it was in mine, but I’d like to think they are within reach of every human being.

•  Write your own story of your accomplishments in the position. I’m not calling for the fabrication of facts or a rewriting of history but for the fearless identification of the positive outcomes that are most intrinsically related to who you are as a person. I can legitimately claim that during my time as executive director of IJM Canada the organization posted a Compound Annual Growth Rate of more than 18%, or that the financial resources contributed by the organization over those five years facilitated the rescue of hundreds of women, children and men from ongoing violence or the threat of violence. But the truest measurement of my success, as I see it, is found in the creative, disciplined team I built and the caring, supportive culture I fostered. Those outcomes are most closely related to the things I value. When you walk away from a job, have the courage to give yourself credit for the accomplishments no one else can claim as theirs in the way you can.

When you walk away from a job, have the courage to give yourself credit for the accomplishments no one else can claim as theirs in the way you can.

•  Own your mistakes, but don’t let your mistakes own you. I left IJM Canada with regrets. There are things I would do differently if I was given a “do-over”. I can see how certain personality traits limited my effectiveness as a leader. But it’s OK. I know that the effort, the time, the thought, the emotion, the prayer that I invested in my leadership role were commensurate with the demands and expectations of the position. I took my job seriously—but I still made mistakes. When you walk away from a job, don’t hesitate to admit that you weren’t perfect. It’s no secret; if you pretend otherwise, you are only fooling yourself. By owning your mistakes, you will gain the respect of others and discover the freedom to move on to new opportunities for change and growth.

•  Speak well of your former employer. I once heard someone say, “Bless a place when you leave it, and you will retain a blessing there and gain a blessing where you go.” It’s another iteration of the principle of reciprocity, or “what goes around, comes around”. It takes some self-discipline to speak well of an organization or business when you are no longer employed by them, especially when the ending wasn’t under your control. However, speaking critically about a former employer, boss or co-workers will only reflect negatively on you. IJM Canada is one of the top-rated international NGOs in Canada (as recognized by MoneySense in their annual Charity 100), and its hard to think of a cause more compelling than protecting women and children from sexual abuse and other forms of violent exploitation. I am no longer employed by IJM Canada, but I’ll be cheering for my successor and my former colleagues from the sidelines as they pursue their aspiration of rallying Canadians to solve the problem of violence against the poor.

What’s next for Ed Wilson? Time will tell, but I think it’s going to be awesome!